When Your Wife Cries, What Do You Do?

When your wife cries to start her birthday, you may be in for a long day. I made a public confession one-time that I would no longer be “notoriously bad” when it comes to birthdays, Christmas, anniversaries, and holidays. Especially when it comes to my wife’s birthday.

I said, “From this point forward I’m going to be notoriously great,” in this area. Well, on my wife’s first birthday after that I was tested, and before the day barely got started I walked in the room to see her with tears streaming down her face!

Note: This post originally appeared on Jackie’s blog, JackieBledsoe.com, and has been one of the blog’s most popular posts.

She spent most of the morning crying. My initial thoughts were, “You have got to be kidding me! I can’t…I can’t win in this area…”

Unlike in the past, this birthday I’d taken the initiative to plan in advance, set aside funds, arrange care for our kids, but it didn’t matter…tears were the result. And I didn’t know what to do.

The what behind her tears

Finally, I picked myself up enough to go see what was wrong, and how I could help. I didn’t say much at first. Just put my hand on the small of her back and embraced her. Then she said, “Thank you.”

What the…thank you??? As you can imagine by this time I was completely confused. I’m thinking, what did I do?

The surprise gathering I arranged the night before her birthday didn’t pan out as many of the couples I invited had schedule conflicts, so I made adjustments on the fly. I hadn’t given her the gift I got her yet, and I don’t even think she realized I got her a gift at this point.

I finally said, “For what?” Her response…

“For making my birthday so special.”

Really? Those tears were tears of joy?

The tears weren’t because the surprise gathering didn’t work out as planned? Or because I arranged for our kids to be out of town, not realizing she had never been apart from our kids on her birthday and a complete meltdown ensued as they were leaving, or because (it appeared) I had not gotten her a gift?

Nope. Tears of joy because to her, she felt special on her birthday. Sadly, it was one of the few times I’d heard that from her due to my “notorious badness.”

At that point, I was still confused, but I was cool with it. If it’s special to her, even though I was missing something, it was best to just let it ride.

The why behind her cry

Later on, I discovered the source of the tears—not without more confusion of course. The tears started because of a text message she received from our daughter. I read it and it said…

By now you should know what I’m about to say. Yep, I was confused again. “Happy Birthday Mommy!” brought her to tears.

To give you some background info, our daughter was out of town alone (without us or our parents) for the first time ever. She had a weekend event with her Cru teen ministry group. She’d recently got her first cell phone, and right before our eyes, we were entering a new season with her.

And this all just so happened to be on my wife’s birthday weekend. The text made her so emotional because our daughter rarely calls her “mommy.” Apparently, that was too much for her to handle emotionally at the time. So, the tears flowed.

As I processed it all, I learned something about myself and about our relationship. Fellas, this can help you too. Our wives’ tears, or other emotions, are not always what we think.

The problem when your wife cries

My problem was I was more focused on me versus her. I wanted a certain response to what she was experiencing on her birthday. When it didn’t happen the way I thought it should, it caused problems within me. Not with her, but with me.

The longer I thought, the longer I festered, and the longer I had an emotional pity party about it, the more bothered I became. Almost to the point of doing or saying something stupid. Been there, fellas?

I’ve learned when your wife cries or does something else that you don’t understand, don’t project your feelings or thoughts onto her.

When your wife cries, don't project your feelings onto her. Make it about her. Click To Tweet

Make it about her. Seek to understand what she is going through, with a clear mind and zero preconceived notions.

Had I done that half of my morning wouldn’t have been wasted wallowing in a muck of, “I still suck at this,” or, “There is no way I can satisfy this woman!”

Instead, I’d have spent the time enjoying her, celebrating her, and letting her know how special she really is. That may have resulted in more tears, but I would have known they were tears of joy.

Whether you are at fault or not, when your wife cries, allow it to become an opportunity for you to know, love, and serve her at a deeper level.

Sign up to get weekly marriage tips sent to your inbox, plus… 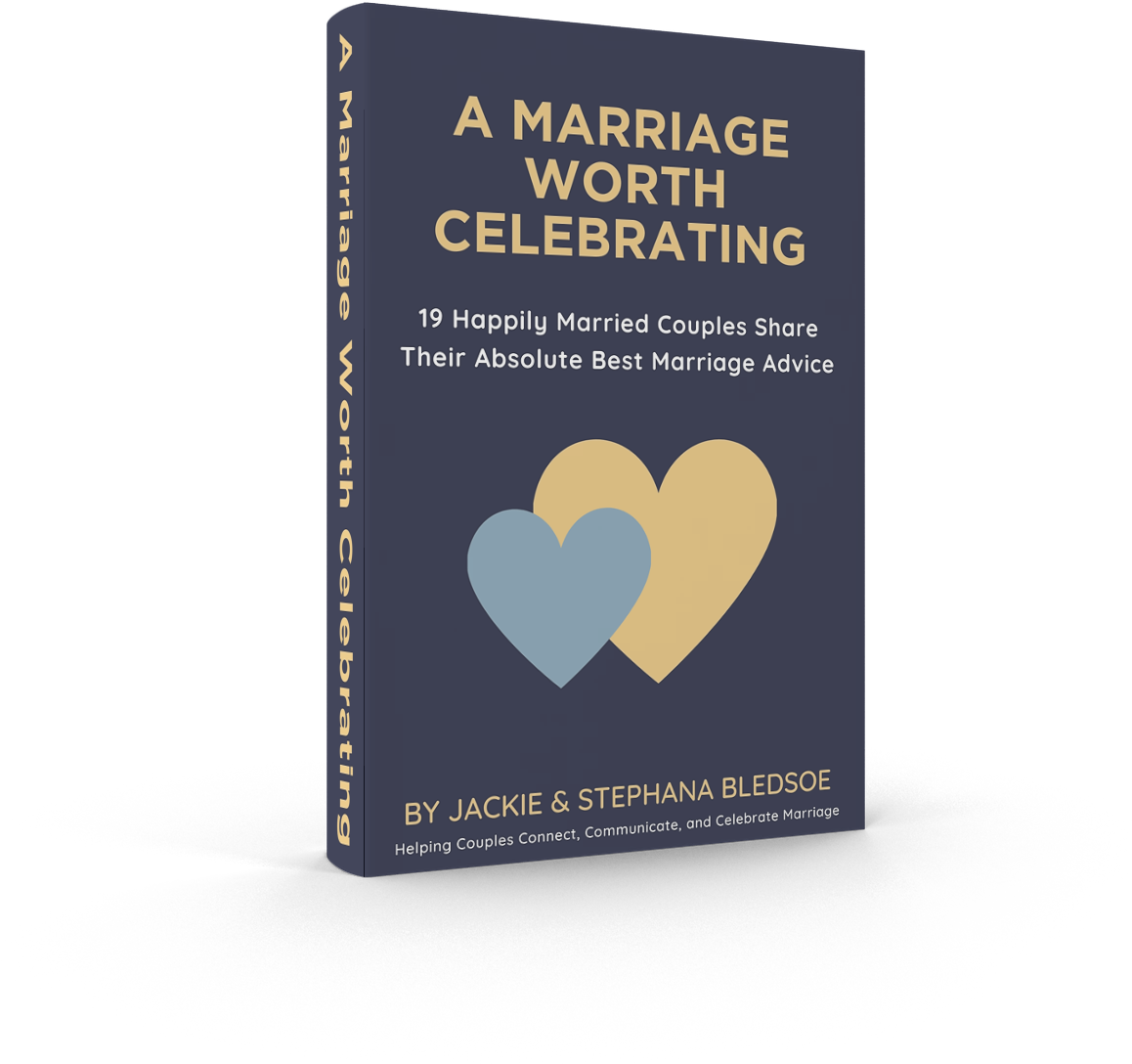 As a bonus, get a FREE eBook, A Marriage Worth Celebrating!

When you sign up we’ll send you our best tips each week to grow your marriage, parenting, and family. These weekly tips will help you better connect and communicate in your marriage.

But first we’ll send you a FREE eBook where we asked 19 amazing couples to give you their absolute best marriage advice.

Send it my way